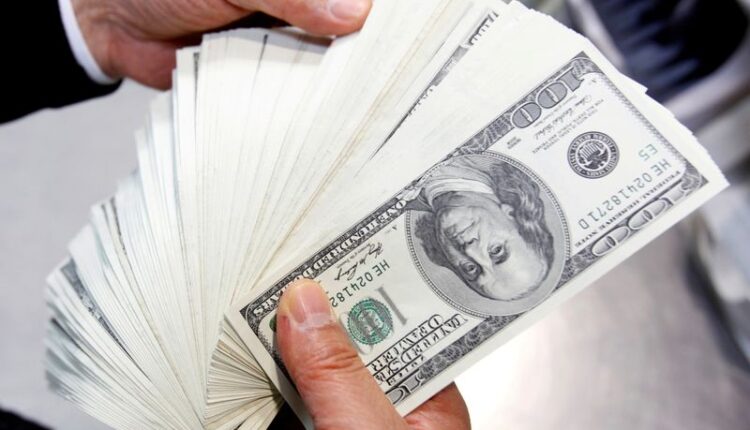 SINGAPORE (Reuters) – The dollar found support on Tuesday ahead of U.S. inflation data, with investors on edge over whether the figures may offer clues about the likely timing of tapering and interest rate hikes.

Against the euro the greenback held a small Monday gain to trade at $1.1861, with the common currency also weighed after European Central Bank President Christine Lagarde hinted at a dovish shift to the rates outlook for Europe.

Other majors were also largely steady early in the Asia session, as markets await the inflation data due at 1230 GMT – leaving the dollar holding modest gains against sterling the Australian and New Zealand dollars and the Japanese yen. [GBP/][AUD/]

Economists polled by Reuters expect the U.S. consumer price index to have risen 0.5% from May and 4.9% from a year earlier. Traders think a miss on either side could move the greenback and the bond market by shifting expectations on interest rates.

“My back-of-the-envelope playbook is that we’d need a headline year-on-year number north of 5.5% to really set this market ablaze,” said Chris Weston, head of research at broker Pepperstone, saying that could lift bond yields and the dollar.

“We know inflation will be transitory – it’s a question of how long it takes for the year-on-year change to head back to 2%,” he said. “A number below 4.5% on the headline print and we should see USD/JPY and USD/CHF under pressure.”

Societe Generale (OTC:SCGLY) strategist Kit Juckes believes the reaction would actually be bigger if inflation falls short, leading investors to bet the U.S. central bank can maintain easy policy for longer, and also pointed to the yen as a beneficiary.

The Japanese currency stood at 110.31 yen per dollar on Tuesday, having slipped overnight to edge further away from last week’s one-month high of 109.535. The franc was steady at 0.9151 per dollar, close to a one-month high.

The Australian dollar was broadly steady at $0.7487, as was the kiwi at $0.6991. Sterling held at $1.3892 amid nerves about England abandoning COVID-19 restrictions next week even as cases keep on climbing.

The U.S. dollar index, which measures the greenback against a basket of six major currencies, was flat at 92.202, just above its 20-day moving average.

The dollar is being driven by U.S. rate expectations, and it is up nearly 2% in the month since the Federal Reserve surprised markets – and cleared out huge bets on the dollar falling – by projecting sooner-than-expected rate hikes in 2023.

Longer data bonds have also been gaining as investors see cracks emerging in the recovery and take the Fed’s hawkish shift to mean it is likely to act fast enough to keep inflation low.

Fed Chair Jerome Powell’s testimony at Congress from Wednesday will be closely watched for his response to the inflation figures and his tone on the recovery’s progress.