Easy Trading Tips provides daily forex forex trading signals of top currency pairs and commodities. Our forex signal is based on recent market trends, support and resistance levels, and technical indicators. You can find the latest forex forecast below.

What is a Forex Trading Signal?

Trading signals generated by the study of historical price movements in order to identify the patterns, support resistance and market trend to determine the probabilities of future movements. There are many ways to identify shapes and patterns in the market, here are some of the most commonly used techniques for finding the best trading signals.

Chart patterns: In the study of chart pattern, technicians use drawing tools (such as horizontal lines, trend line channels, and Fibonacci levels) to identify chart patterns, such as head and shoulders patterns, triangle patterns, flags patterns and many other patterns. These price patterns give the clarity of the strength and weakness of buyers and sellers in the market. The following are some of the most commonly used chart patterns.

The head and shoulders chart pattern is the most powerful reversal price pattern that helps traders determine when a reversal may occur after a trend move. This reversal pattern indicates that the trend has ended which helps us to create a better forex forecast. The head and shoulders pattern forms with the combination of three picks includes a left shoulder, head and right shoulder with a baseline.

The two outer peaks are closed in height, called left shoulder and right shoulder, while the middle peak is closed in highest height, called head. The head and shoulders are a reversal chart pattern and are considered to be one of the most reliable trading trend reversal patterns.

In a double top, the top is the peak that cannot be broken when the price reaches a certain level. After reaching this level, the price will drop slightly, but then return again to test the higher price level, and try to break through the resistance level and then fall back to the downward trend.

The double bottom is a bullish pattern, which forms in a falling market. It is similar to the double top, except that the price is inversely proportional. When the price rises above the neckline, a double bottom pattern is formed and confirmed, which gives buying opportunities.

A wedge pattern is formed at the top or bottom of the trend. These patterns are drawn using two trend lines. The wedge pattern has rising or falling slopes pointing in the same direction. It differs from a triangle in that both boundary lines are inclined upward or downward. Falling and rising wedges are a small part of a trend. Volume usually decreases gradually during the formation of the wedge pattern, and only increases when the price breaks through or falls below the pattern.

The rising wedge is just opposite to the falling wedge, and it is seen in a downward trend. Traders should understand the difference between rising and falling wedge patterns in order to effectively identify and trade them.

There are three types of triangle patterns, namely ascending, descending, and symmetrical. 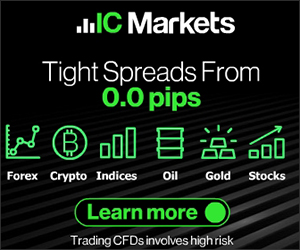